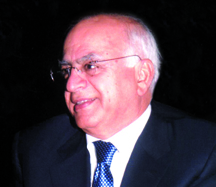 These are the sane, so how will the fools be?

people are not divided into nationalities, ethnicities, sects, faiths, blocs, and parties, but are divided into wise and fools. as for fools, they are divided into nationalities, ethnicities, parties, blocs, and sects!
our colleague mohammad aldallal, one of the former representatives of the muslim brotherhood, criticized our praise of the merits of the west and its progress, and how, in our view, are the owners of scientific development and great inventions, the model, refuge, and safety for every freedom seeker, an example, a model and a role model, free from extremism and terrorism.
although the colleague did not mention my name, i will assume that it concerns me. he, like other islamists, does not hesitate to insert what is incorrect between the lines, neither am i nor do i think that anyone else ever said that the west is free of extremism and terrorism and this is something wrong with what the former deputy said.
he also mentioned that i called the arabs backward and far from civility and this is true in the first part, but i never wrote that the arabs are not civilians, but that everyone in our countries is civilian to the core but many of us lack civilization.
he also said that the reason for the decline of arabs and muslims is due to the existence of authoritarian regimes that prevent the progress of our countries and peoples, with the presence of international forces seeking to suppress us and prevent our rise.
this is a traditional repetition of the conspiracy ‘theory’ and the height of the confusion in particular. he blames us for describing the arabs as backward and then comes to explain to us the reason for the backwardness of the arabs.
i do not know why the same western powers did not prevent countries such as turkey, malaysia, and others from rising and progressing? does the solution, in his view, lie in handing over the rule of our countries to the muslim brotherhood so that we can progress and prosper and stop the interference of international forces in our affairs?
the former deputy goes on to say that it was the west that gave palestine to the jews, but he forgot that it was the west itself that saved the muslims of kosovo from annihilation, not us, and it is the west that returned our homeland to us on february 26, 1991 (the official declaration of liberation), from the grip of the despicable saddam, not the muslims, nor the brothers among them in particular, who all sided with saddam.
then the writer goes to talk about the crimes of the west in the first and second world wars and how the world has not forgotten how the west sought to occupy and enslave the peoples of the world and exploit their wealth and drag their men, women, and children into slavery who were sold and bought in the slave market.
i do not know how the writer, who bears a scientific title forgot that we also occupied and enslaved the peoples of many countries when we were at the height of our power, and we also exploited their wealth and made their men, women, and children slaves to be sold and bought in the slave market, and we will do the same (as previously demanded by many religious sheiks in egypt and elsewhere if we had a second and third chance).
then the writer cites the sayings by western thinkers criticizing western civilization, deliberately ignoring the reality of their motive and desire to modify the course, and not comparing it to our conditions, as this is completely outside their interests.
then the writer called on us to show some pride in our civilizational identity, and i sincerely wish him to show us what deserves to be proud of our civilized identity, especially in our present situation and time?
is the solution in following the approach of the muslim brotherhood, which he represents, or to stay away from it?